ATHEX: Rise in prices and turnover at stock market 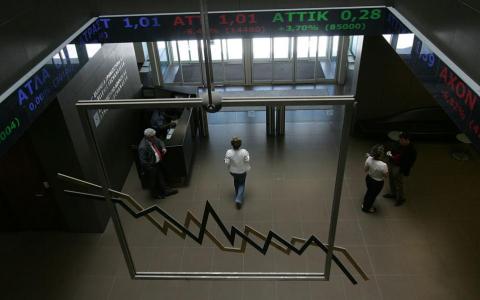 After three sessions with total benchmark losses of 7.4 percent, the Greek stock market headed north on Wednesday, although this was due to buyers taking advantage of the drop in prices rather than any significant fiscal or corporate developments. The rise in trading volume was quite encouraging.

Viohalco and Alpha Bank led the rise among blue chips, registering gains of 9.35 percent and 4.88 percent respectively. They were followed by Sarantis (up 3.78 percent) and METKA (2.94 percent). Hellenic Exchanges declined 2.68 percent and Ellaktor conceded 1.83 percent.

In total 69 stocks rose on the day, 31 suffered losses and 19 closed unchanged.

Turnover was the highest of...