Lesvos doctors accuse NGOs of failing to care for refugees 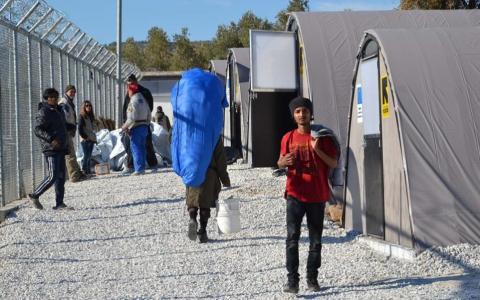 State hospital doctors on the eastern Aegean island of Lesvos, which has been hard particularly hit by the refugee crisis, have complained that nongovernmental organizations receiving European Union funding to help migrants are not doing enough, resulting in them being forced to bear an excessive burden.

In a statement released on Monday, the island's union of state hospital doctors said the two refugee camps at Moria and Kara Tepe do not have any pediatricians, meaning that all sick children from the camps must be treated at local hospitals, which are seriously understaffed.

Noting that the NGOs "get paid handsomely" by the EU to help refugees, the union claimed they had "totally failed to provide humane conditions for the refugees."