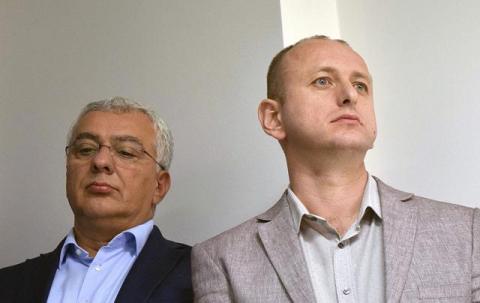 The Montenegrin Assembly has voted to lift the immunity of leaders of the opposition Democratic Front Andrija Mandic and Milan Knezevic.

The country's special prosecutor requested this as the two members of the assembly are suspected of involvement in an alleged plot that included plans to carry out terrorist attacks during election night in Montenegro last October.

Both Mandic and Knezevic have dismissed as false the accusations made against them.
Chief Special Prosecutor Milivoje Katnic announced earlier that he moved to have the two MPs stripped of immunity so that they can be detained and put on trial.

Mandic and Knezevic were present in front the Assembly building in Podgorica this Wednesday, along with other Democratic Front leaders and the coalition's supporters.
The opposition has been boycotting the work of the Assembly since early parliamentary...