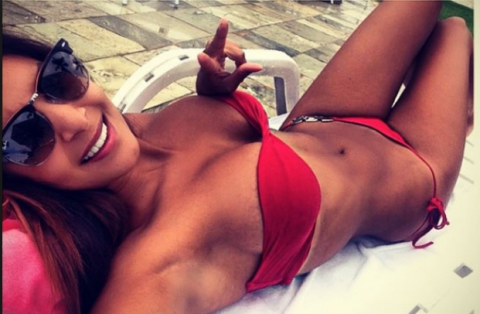 Greek football club PAOK might not have fared so well in its knock out first leg match for the Europa League against German club FC Schalke 04, losing 3-0 at home, but at least their fans were compensated by the presence of sexy German journalist Laura Wontorra, who traveled to Thessaloniki to cover the match. But the male population shouldn’t get their hopes up, as the sexy journalist tied the knot with footballer Simon Zoller from FC Koln.