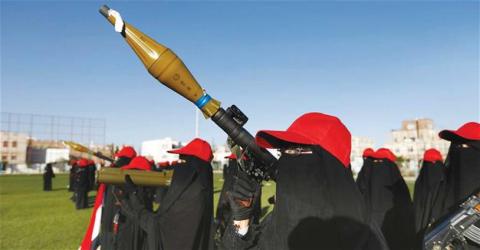 The worldwide arms trade has risen to its highest level since the Cold War over the last five years due to demand from the Middle East and Asia, a study said on Feb. 20.

"The transfer of major weapons in 2012-16 reached the highest volume for any five-year period since the end of [the Cold War]," the Stockholm International Peace Research Institute (SIPRI) said in a statement regarding new data on arms transfers that was published on Feb. 20.

India was the world's largest importer of major arms in the period, accounting for 13 percent of the global total. Between 2007-2011 and 2012-2016, it increased its arms imports by 43 percent, the report said. In the 2012-2016 period, India's imports were far greater than those of its regional rivals China and Pakistan.

In Southeast Asia, Vietnam made a particularly large jump from being the 29th largest importer in the 2007-2011 period to the 10th largest in the 2012-2016 period, with arms imports increasing by 202 percent, SIPRI said.

"With no regional arms control instruments in place, states in Asia continue to expand their arsenals," said Siemon Wezeman, a senior researcher with the SIPRI Arms and Military Expenditure Programme.