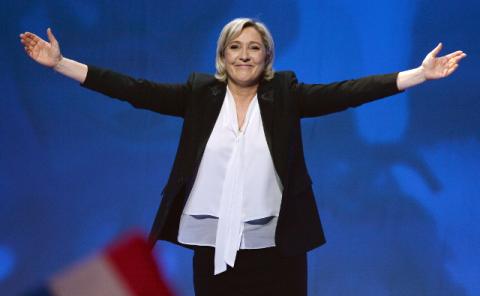 The European Parliament’s Legal Committee has announced that it will waiver the immunity of Marine Le Pen for three photos of ISIS she uploaded on her twitter account back on 2015. The case will now be forwarded to a plenary session of the European Parliament to take the final decision, on a date that hasn’t been announced yet.
This decision comes after the latest polls in France which show Marine Le Pen winning the first round of the French elections.
The photos were a re-tweet that showed three executions.