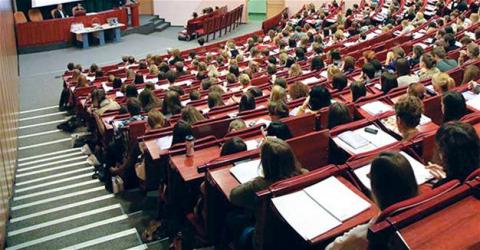 The "thesis writing sector" in Turkey is expanding, as a large number of undergraduate, masters and PhD students in the country pay to have their theses written by others, daily Habertürk reported on March 23.

The price for having someone write a thesis reportedly ranges between 3,000 and 20,000 Turkish Liras, and the number of forgeries is thought to be on the rise because of the increasing number of private universities in Turkey. The actual size of the sector remains unknown due to its illegality.

Centers of the "theses business" are thought to be stationary and photocopy places, especially around private universities, but the sector also functions online.

Habertürk contacted three websites among hundreds said to be "providing thesis writing services and assignment and project preparation." All three websites reportedly replied to the demands within an hour and presented themselves as "thesis consultancy companies."

Refusing to meet face-to-face, the ghost thesis writers said they could only meet once the whole process is over "if necessary."

When the Habertürk reporter said they wanted an 80-page master's thesis on the Turkish media, the "thesis consultant" said they have a special team including academics and a database on the issue. They added that they will "call to discuss the details after checking the database."

All three websites contacted said the requested thesis can be completed in around two months, for an average price of 40 liras per page. Once prices were offered, the reported started to receive text messages on discounts.

When the owners of another website contacted were told that the price was high, the owners replied by saying they would produce an invoice for providing "thesis...