ATHEX: Bourse soars on optimism for a deal 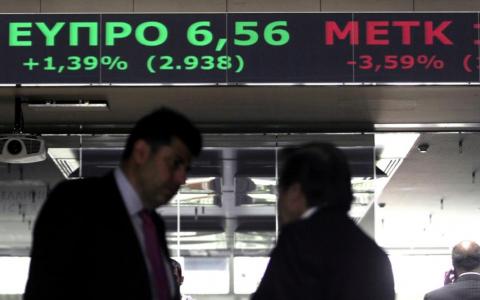 At long last the Greek bourse has shown some healthy growth in its prices, as more and more investors are feeling confident that the completion of the second bailout review is closer than ever. The benchmark rose on Tuesday to its second highest closing point this year, having posted gains of over 4.5 percent in two sessions this week, while the rise of turnover above 50 million euros was another positive sign.

All but one blue chip moved north, with Ellaktor outperforming (up 8.62 percent)....