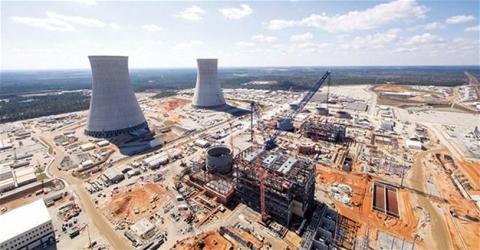 The Japanese conglomerate's board approved the Chapter 11 filing in a US court in New York, a step that temporarily shelters struggling firms as they try to restructure their affairs and debts.

Westinghouse technology is at the core of about half of the world's nuclear reactors.

"Westinghouse Electric.... and certain of its subsidiaries and affiliates, today filed voluntary petitions under Chapter 11 of the US Bankruptcy Code," the US firm said in a statement.

"The company is seeking to undertake a strategic restructuring as a result of certain financial and construction challenges," said Westinghouse, which is based outside Pittsburgh, Pennsylvania.

Toshiba has previously warned it was facing a write-down topping 700 billion yen ($6.3 billion) at Westinghouse.

The Japanese conglomerate's shares have lost more than half their market value since late December when Toshiba warned of a flood of red ink at Westinghouse and said it was investigating whistleblower claims of possible accounting fraud by senior executives at the division.

Japanese financial regulators have given the company until April 11 to publish results for the October-December quarter, which were originally due in mid-February.

Toshiba said on March 29 its current fiscal year through March net loss could balloon to 1.01 trillion yen, well up from an earlier projected annual loss of 390 billion yen.

"Since December 2016, WEC and Toshiba have been working to determine the scale of the possible loss, investigate...