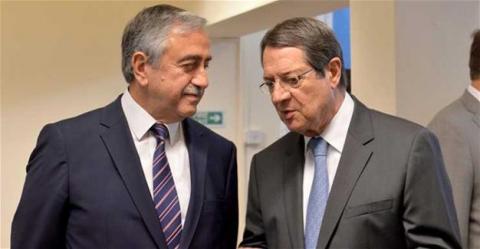 Turkey's top security board has stated that talks for the reunification of the Cyprus can only resume in the event that Greek Cyprus "takes steps to restore confidence."

"The Greek Cyprus side should abandon distracting or postponing behavior. It should put forward a clear and constructive attitude by stating that a fair, comprehensive and lasting solution on the island can be achieved through an equal partnership understanding," read a National Security Council statement issued after a meeting on March 29.

It underlined that the peace negotiations had been stalled amid a dispute over the Greek Cypriot parliament's decision to commemorate the 1950 "Enosis" referendum, in which 96 percent of Greek Cypriots voted for the island to be annexed to Greece.

The Turkish and Greek Cypriots had been negotiating for around two years to find a breakthrough to the nearly five-decade-old dispute under the auspices of the U.N. when the "Enosis" commemoration decision was made.

"The resumption of negotiations will only be possible if the Greek side takes steps to establish confidence," the National Security Council statement added.

The Eastern Mediterranean Island was divided into a Turkish Cypriot state in the north and a Greek Cypriot administration in the south after Turkey initiated a military intervention following a Greek-inspired 1974 coup d'état.

The National Security Council was also informed about rising tension between Greece and Turkey after the two NATO allies became embroiled in a rift over the Kardak islets, which are claimed by both countries and which brought the two neighbors to the brink of war in the 1990s.

"The preference of our country to solve all the problems of Greece and the Aegean Sea on the...