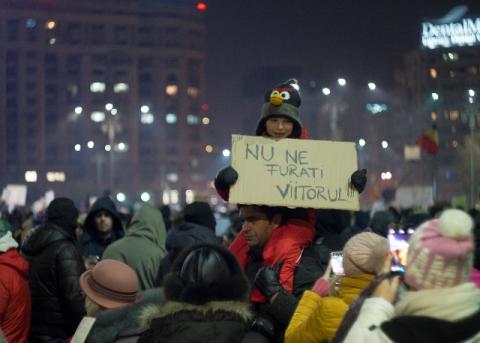 An article published on Sunday by Agence France-Presse, AFP, claiming that fake news is flourishing in Romania and fuelling euroscepticism, has put the spotlight back on this phenomenon.

The AFP report said the Social Democratic-led government's attempt in January to weaken anti-corruption legislation unleashed a wave of protests that forced an about-turn by Prime Minister Sorin Grindeanu - but had also unleashed a wave of truth-stretching reports by pro-government broadcasters.

The CNA received over 2,000 complaints in January and February alone, nearly 10 times the number in the same period in 2016.

The body also fined several television stations for airing fake news or for allowing fake information on air without questioning the source.

News channel Romania TV was fined more than 6,000 euros for airing a fake video during the election campaign in 2016, which claimed that the demonstrators who brought down Victor Ponta's centre-left government in 2015 had been paid by wealthy philanthropist George Soros.

Romania TV as well as another news channel, Antena 3, temporarily lost 70-80 of their advertisers in February during the anti-government protests for their biased coverage and for...

Gabriela Alexandrescu (Save the Children): Over 1,500 children - asylum seekers in Romania
INTERVIEW/ Romanian Ambassador in Washington assures US investors that Gov't in Bucharest, functional, there is no legislative instability