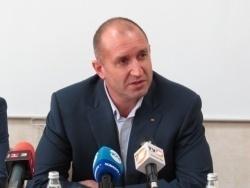 By decree, the President Rumen Radev will convene the first meeting of the new elected forty-fourth National Assembly AT 10.00h on April 19th 2017, announced from the President's Secretariat.

The early parliamentary elections were held on March 26th. As a result of the vote Bulgaria will have a Parliament structured from four political parties. GERB will have 95 deputies, and the second elected Bulgarian Socialist Party (BSP) - 80 deputies, followed by the "United patriots" with 27 seats, The Movement for Rights and Freedoms (MRF) with 26 and Volya (''Will'') by Veselin Mareshki with 12.

April 19th is the first Wednesday after Easter. Until then it is expected that the party with the most electoral support -GERB, to finish the consultations on forming a coalition government.

The forecast was made on Thursday by GERB's chairman Tsvetan Tsvetanov.