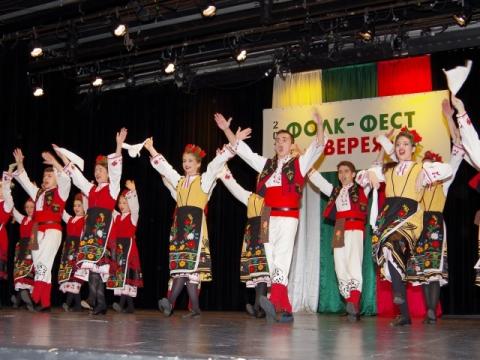 For the fifth consecutive time a Bulgarian horo will take place in the central square of Grand Place in Brussels, Focus News Reported.

This year, the organizer of the event is the Bulgarian MEP from GERB/EPP Eva Maidel, who continues the tradition launched by Kristalina Georgieva, Deputy Chair of the European Commission (2014-2016).

The Big Horo will be held within the 11th edition of the Balkan Trafik Festival 2017 and will start at 14.00 local time. Special guests of this year's edition will be the dancers from the ensemble "Zlatna Trakiya" from Haskovo managed by Zlatka Timonova.

The ensemble has won many international awards and for 30 years it has popularized Bulgarian folklore and tradition in its purest form. Together with the ensemble "Zlatna Trakiya" in Brussels, our country will present the National Orchestra of Haskovo Municipality, which was restored only a few weeks ago.

The aim of the Big Horo is to show the cultural wealth of Bulgaria to the residents and guests of a big and cosmopolitan city like Brussels. A few days ago, the President of the European Parliament Antonio Tajani officially became a patron of the Bulgarian Horo. Access to the horo is free and and Bulgarians in Belgium are invited to take part in it as well as representatives of all nationalities.

Partners of the Big Horo are the Representations of the European Parliament and the European Commission in Belgium.

The Balkan Trafik festival is held for the 11th year and presents the culture of Southeast Europe through an eclectic program.