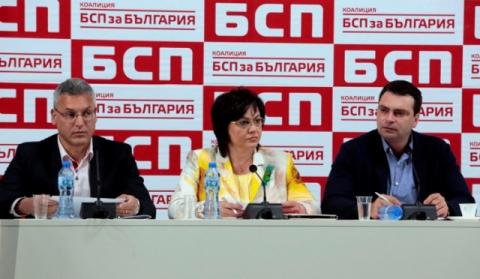 Five MPs are leaving the Executive Bureau of the Bulgarian Socialist Party by a decision by the BSP National Council, taken at the party's plenary session today, reported BNR.

The proposal to exclude from the Bureau most of its members who are MPs was made by the leader Kornelia Ninova.

The proposal to exclude from the Executive Bureau most of its members who are MPs met with the disapproval of some BSP members and engendered tensions inside the party.

Kornelia Ninova herself denied there was any tension inside the party.