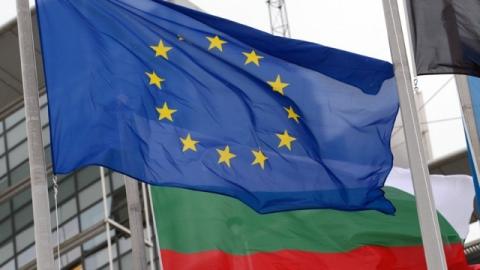 ''Accession to the Eurozone remains top priority for Bulgaria'', Finance Minister Vladislav Goranov said at a conference for the 25th anniversary of the Association of Commercial Banks in Bulgaria, according to BNR.

Vladislav Goranov confirmed that from 15 September teachers will receive a pay rise. After that a new method will be used to evaluate the results of their work.

Bulgarian National Bank Governor Dimitar Radev also confirmed accession to the Eurozone as an ultimate goal but added that before that there were tasks that Bulgaria should reform.

Retail Chains will be Obliged to sell Bulgarian Foodstuffs

PM Borissov at a Meeting with Herro Mustafa: The Current Situation Requires that we Stand United, in Solidarity, and Help One Another

Dr. Boyko Takov, Executive Director BSMEPA: There is no Universal Economic Cure for all Companies

The EC Allocates €3.8 Billion to the Western Balkans and the EU's Eastern and Southern Neighbors

WHO: Now is not the Time for Europe to Relax Measures