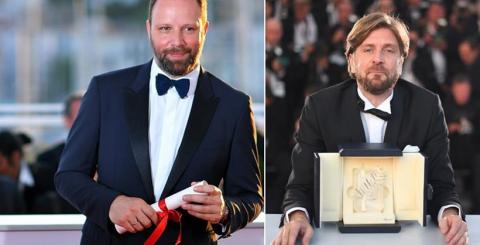 The Greek master of the weird Yorgos Lanthimos picked up the best screenplay award at the Cannes film festival Sunday for his icy thriller The Killing of a Sacred Deer.
Despite dividing critics — and prompting its star Nicole Kidman to say she wouldn’t be taking her kids to watch it — the creepy tale inspired by Euripides’ Iphigenia impressed the Cannes jury.
He shared the prize with Scottish director Lynne Ramsay for her film You Were Never Really Here.
In 2015, Lanthimos released The Lobster, a surreal black comedy about modern love, this time with the backing of Irish funds and bankable Hollywood names on the roster.
His first English-language feature, which featured Colin Farrell, Rachel Weisz and John C Reilly, and ended up bagging the third-place jury prize at the Cannes film festival.
Lobster became an arthouse hit, making over $5 million worldwide and securing him an Oscar nomination for best foreign language film in 2017 — Greece’s first such accolade in over 30 years.