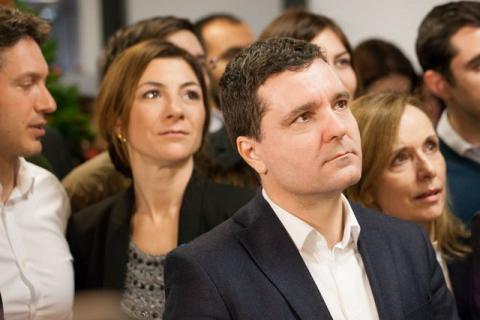 Save Romania Union, the third strongest force in parliament, faces a leadership crisis after its leader, Nicusor Dan, resigned abruptly on Wednesday night.

He quit after the party leadership urged its MPs to vote against a bill redefining the family in strictly heterosexual terms in the constitution.

Dan repeatedly disagreed with the decision of the party's National Bureau to ask all its MPs to vote against modification of the constitution in the Chamber of Deputies. The vote is expected to take place soon after June 7.

Dan did not make any public statements after resigning but posted a message on Facebook, reading: "The National Bureau made a decision. That's the only news for today."

USR spokesman Dan Barna confirmed that the debate had been tense on Wednesday over whether the party should adopt a general stance on the bill, or allow its MPs a free vote.

"Obviously it was all very heated and tense. Nicusor Dan's resignation was among the issues discussed. There was no resignation registered per se, but it was one of the things said during the tense debate on the topic and the impact of this position," he said.

Barna said he hoped that Dan would change his mind.

After the party attracted many young professionals from the technocratic government of Dacian Ciolos and made it into parliament, Dan's leadership became contested for not welcoming the former Prime Minister as a party member.

Nevertheless, the USR leader was re-elected in May.