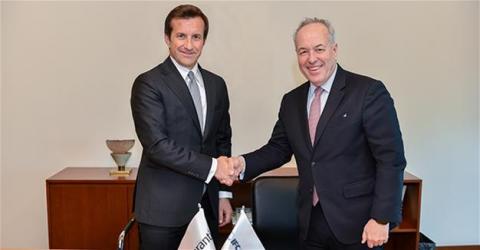 The IFC, a member of the World Bank Group, has said it is investing $150 million equivalent of Turkish Liras in covered bonds issued by Turkey's Garanti Bank, in a bid to help boost the development of green buildings in the country's housing sector.

The five-year maturity bond is backed by a portfolio of residential mortgages and half of IFC's funds will be used to provide green mortgages for the purchase of energy-efficient housing, the IFC said in a statement on June 2.

The bond is issued as part of Garanti Bank's 5 billion euro covered bonds program, launched in 2015 and a relatively new funding instrument in Turkey's capital markets, it said.

They offer an attractive funding cost and are viewed as low-risk since they are backed by the assets of the issuing banks, it added.

Garanti Bank expects its green housing loans portfolio to be worth $100 million by the end of 2020, according to the statement.

Households and the services industry make up the largest energy consumption in Turkey. Turkey's buildings sector also loses substantial energy every year due to lack of insulation, with the country using 10 times less insulation material per capita than Europe. With heating and cooling costs comprising 45 percent of a typical...