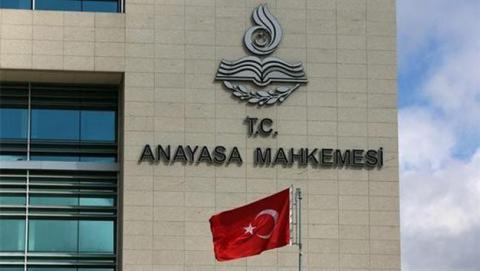 Turkey's Constitutional Court rejected the first individual application related to the July 2016 coup attempt on June 20, ruling out the application of Aydın Yavuz, who was detained on the grounds of allegedly participating in events at satellite company TÜRKSAT on the night of the attempted coup.

The rejection is set to be a precedent for thousands of other applications made on the grounds of lengthy and unlawful detention after July 15, 2016.

Electrical engineer Aydın Yavuz, imprisoned as a suspect in the TÜRKSAT case and accused of going to the company headquarters with the aim of cutting the broadcast off as part of coup attempt activities, had made an individual application to the Constitutional Court.

In his appeal, he argued that his imprisonment was not lawful, the period of his detention has exceeded the reasonable time, and his right to personal freedom and security was violated.

As the number of individual applications to the top court has risen to over 100,000, the Constitutional Court decided to determine pilot cases as a precedent for other similar cases. In this respect, the five-member Second Section of the court examined Yavuz's case on June 13 and referred it to the court's Grand Assembly for a final decision.

The Grand Assembly decided to rule out the pilot case on the grounds that the application "lacked any concrete basis."

The Constitutional Court also stated that the constitutional principles concerning the detention decisions were made within the framework of investigations made into the Fethullah Terrorist Organization (FETÖ) and the coup attempt.

These principles are set to form a precedent for other applications in the Constitutional Court, which will release the reasoned...