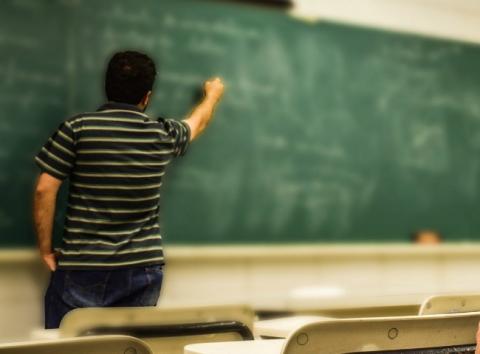 The Republika Srpska Education Ministry will introduce the Chinese language as an optional subject in elementary and secondary schools this September if there are enough interested pupils, RS Education Minister Dane Malesevic told BIRN.

"Schools that have enough candidates will introduce this subject in an optional manner this year. And in subsequent years, if there is enough interest in Chinese, and after all procedures are followed, we will introduce it as a second foreign language in our schools," said Malesevic.

The Ministry is currently carrying out surveys in elementary schools to determine the level of interest in the Chinese language in RS.

Parents received questionnaires asking them whether they "agree that their child should learn Chinese".

Most pupils interviewed by BIRN said they did mind learning Chinese.

"In my class, we are all interested in the Chinese language. It should be interesting and we do not often encounter this language. It could be fun," said Marija, an eighth-grade student from Banja Luka.

"Why not, you never know when you might need it," said her fellow pupil Sanja.

The idea to teach Chinese in schools in RS came from the Chinese embassy in Bosnia and Herzegovina.

Ambassador Chen Bo suggested it during a meeting with RS President Milorad Dodik at the end of the May in Banja Luka.

Dodik supported the idea, saying that it would be very useful for the RS citizens.

"The Chinese side is ready to assist in this regard through volunteers who would work as teachers here," Dodik said after the meeting.

"The Chinese government invests a lot in the RS so it would be OK to train some of our students or our teachers to have easier communication with the Chinese," Malesevic said.