PKK kills young teacher after abducting him in Turkey's east 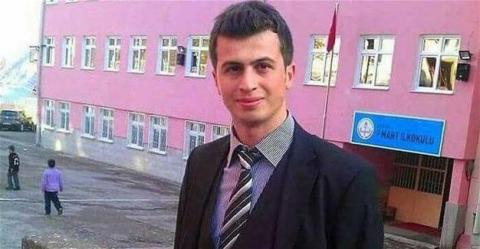 Members of the outlawed Kurdistan Workers' Party (PKK) have killed 23-year-old teacher Necmettin Yılmaz, who they had abducted last week in the eastern province of Tunceli.

Yılmaz, who was serving as a teacher in the Çiftçibaşı village of the southeastern province of Şanlıurfa, was driving on a highway when a group of PKK militants stopped his car.

He was traveling to the Black Sea province of Gümüşhane for a vacation and refused to meet the militants' demands. The militants then reportedly opened fire and abducted Yılmaz, after which they set his car alight.
Yılmaz's father Halit Yılmaz said his son started working in the village in October 2016.

"My son was both a principal and a teacher in the village school where he was assigned. He was driving to visit us on his summer vacation. We received a call from the gendarmerie forces while we were waiting for his arrival. They told us that my son's car had been burned, shot at, and that no information could be obtained from him," Yılmaz had said while Yılmaz was still being held by the PKK militants.

He applied to the Human Rights Association (İHD) in order to find his son, and İHD Tunceli branch head Gürbüz Solmaz called on those who abducted the teacher to set him free without causing him any harm.

A security operation was launched with aerial support in order to find the teacher. However, media reports on June 22 stated that he had been killed by the militants.

The killing comes after another teacher, Şenay Aybüke Yalçın, 22, was also killed by the PKK in the southeastern province of Batman after an armed attack on the vehicle of Batman Mayor Veysi Işık on June 9.