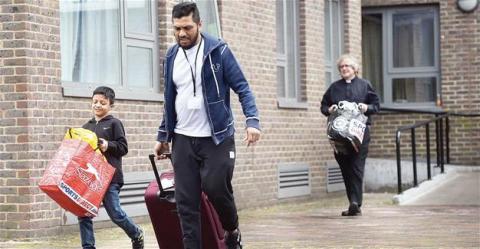 The fallout from London's devastating tower block blaze has continued with the government announcing 60 high-rises have failed safety tests, as an insurance body said they had warned officials of the fire risks.

The massive operation to test tower blocks follows the Grenfell Tower inferno earlier this month that is presumed to have killed 79 people after it spread at shocking speed.

Suspicion has fallen on the cladding installed on the outside of Grenfell and urgent checks have found such material used on 60 other residential buildings has failed fire tests.

"All landlords and fire and rescue services for these local authorities have been alerted to the results and we are in touch with all of them to support and monitor follow-up action," said local government minister Sajid Javid on June 25.

The new figure is a significant jump from the 34 high-rise buildings in England deemed unsafe by the government on June 24.

While many people have been able to stay in their homes despite the fire risk, thousands of residents from 650 flats in north London were evacuated on June 24.

An inspection showed four of the five Chalcots Estate towers in Camden were at risk over cladding, fire doors, gas pipes and insulation, prompting a chaotic evacuation with temporary accommodation offered in a local leisure centre and hotels.

Despite the safety fears, around 200 residents have refused to leave their homes, some of whom suffer from agoraphobia, according to local authority leader Georgia Gould.

"I'm going myself back to the blocks to knock on doors and have those conversations," she told BBC television of her efforts to convince residents to leave.

Gould refused to be drawn on whether there was a deadline...

At DP World we have a heritage to be proud of, growing from a local port operator to a global trade enabler