Case against MP Mareshki and His Team Will Not Be Over Soon, Prosecution Says 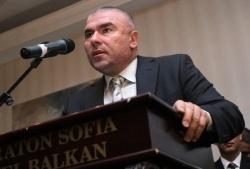 ''The case against the MPs from Volya party Veselin Mareshki, Plamen Hristov and Krastina Taskova will not be over soon'', Roumyana Arnaudova, the spokesperson of Bulgaria's Chief Prosecutor, told BNT morning programme "The Day Begins" on 26th of June.

According to the prosecutor's office, many actions are to be carried out and more than 80 people should be interviewed.

The investigation into the threats against owners of pharmacies against Veselin Mareshki began after the Prosecutor's Office had received evidence through special intelliegence devices. The SIDs were allowed for another case against a businessman from Varna, for racketeering and beating.

Owners of pharmacies have been pressurized to buy medicines from a specific supplier, otherwise pharmacies had been opened near their paharmacies, as a way to "punish" them. The newly opened pharmacies sold medicines at 10% cheaper prices. Thus, at dumped prices, they were forced to either agree or sell their business. In addition to unfair competition, pharmacies were also blackmailed by "ordered" checks by the Bulgarian Drug Agency.

According to data of the Bulgarian Drug Agency in 2013, for the first time in the history of this agency, licenses were withdrawn of 13 pharmacies for not meeting sanitary and construction requirements, and in practice, as confirmed by courts, the Drugs Agency does not have competence to sanction owners of pharmacies.

Roumyana Arnaudova, spokesperson for the Chief Prosecutor said that according to prosecutions evidence, Vesselin Mareshki, Plamen Hristov and Krastina Taskova acted in complicity. According to prosecutors from Varna Prosecutor's Office, there was certain evidence of an organized crime group, so the case was initially sent to the specialized...