The Nuclear Threat Around the World is Increasing 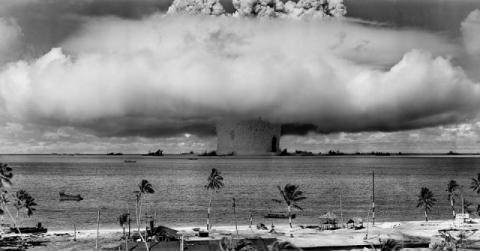 The nuclear threat around the world is becoming a very pressing issue no matter the fact that the number of weapons is decreasing. This is the conclusion of an extensive analysis done by the Stockholm Research Institute SIPRI that investigates the issues of world peace. The publication states that the numbers of war heads is declining.

Meanwhile, a number of countries declare their determination for preservation and development of their nuclear programs as well as modernization. According to data provided by SIPRI from the beginning of 2017 nine countries - the USA, Russia, the UK, France, China, India, Pakistan, Israel and North Korea posses around fourteen thousand nuclear heads. The experts from SIPRI explain that the reduction is done mainly by the USA and Russia which posses 93% of the world reserves in accordance to agreements between the two countries. However, it is a slow process with a lot of negotiations. The USA are planning to spend more than trillion dollars in the next 30 years on modernization of their programs.

The current administration continues with their ambitious plans, supporting contracts signed by president Barack Obama. The expert from SIPRI Hans Christensen reports that the arsenals of other countries are not as big but they continue with development and innovation. A striking example is North Korea that has enough resource to build from 10 to 20 warheads which is proof of Pyongyang's capacity to pose threat to other countries. Despite the progress in international negotiations for disarmament all nine countries have long term plans and that means none of them is prepared to halt modernization of their nuclear weapons in the foreseeable future according to Shannon Kyle, whose words are cited from an analysis. iNews.bg