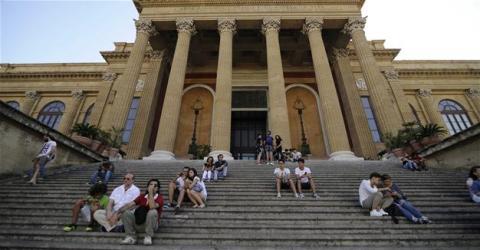 It is one of the most secretive organizations in the world, with power passed through blood ties and family loyalty. But Italy's ruthless 'Ndrangheta mafia may have met its match.

Judges in the country's deep south have been placing the offspring from Italy's most powerful criminal organization into care in a bid to save them from following their grandfathers, fathers and uncles down the path to prison.

Initially the project sparked controversy, with the Church in particular protesting the tearing of children from homes.

But four years after it launched in the crime-plagued Calabria region, the government has signed a protocol which will not only unlock fresh resources but could also see the scheme applied nationwide in other mafia strongholds.

Dubbed "Liberi di Scegliere" [Free to Choose], the program has so far seen 40 youngsters sent to live with foster families or in communities in secret locations across the country where they learn about life beyond the clans.

"The issue is extremely delicate and we're walking a thin line," admitted Interior Minister Marco Minniti, as he presented the new protocol this weekend along with Justice Minister Andrea Orlando.

"And yet there are situations in which a country's democratic institutions have to intervene in intra-family relations to guarantee the freedom of minors," he said.

The name 'Ndrangheta comes from the Greek for courage or loyalty and the organization's brutal enforcement of codes of silence make it very difficult to penetrate -- and equally as difficult to leave.

Judge Roberto Di Bella, who launched the project at the juvenile court in Reggio when he realized the minors coming before him were the children of those he had put away in the...