The Court Holds Session About the Collapsed Building on Alabin Street 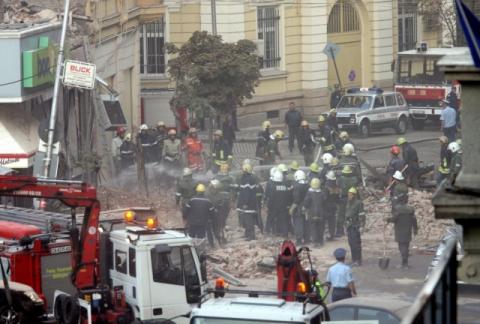 The 5-storey building in the center of Sofia collapsed on 19 September 2006. Four people were charged with the deaths of the two girls - 26-year-old Denitsa Cishevheva and 24-year-old Petrina Hristova, who died under the rubbles. More than 6 years after the incident - in November 2012, the Sofia City Court filed charges of causing death due to negligence. In May 2015, the criminal proceedings of the case were partially discontinued and the case was returned to the Sofia City Prosecutor's Office.