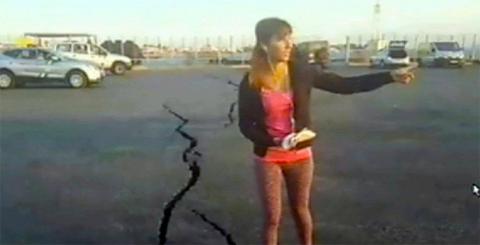 The island of Kos is taking stock of the extent of the damage caused after the powerful 6.4 magnitude earthquake hit at 1.30am on Friday morning resulting in the death of two people. The island’s port has suffered major damage and has closed down after official inspection. Blue Star Paros passenger ferry was unable to approach the island and was therefore diverted to Nisyros, Tilos, Symi, Rhodes and Kastelorizo. A smaller port is still operational but can only accommodate small ships and local authorities are examining the possibility of diverting ships bound for Kos to the port of Kalymnos from where passengers would be transported with smaller ships to Kos.
After inspection the airport facilities was deemed to be operational. A team from the Earthquake Planning and Protection Organisation (OASP) is currently checking out the situation to determine the extent of the damage caused. The eastern part of the island has suffered the brunt of the earthquake, while local authorities say newly-built hotels have withstood the tremor. Thousands of locals and tourists passed the night out in the streets fearing more earthquakes.