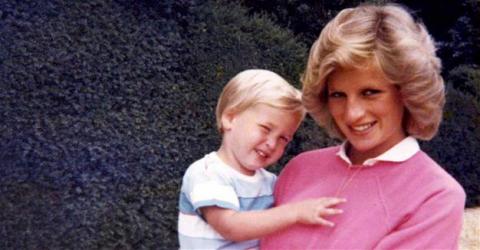 It was a typical phone call between two boys and their mother, who was on vacation in France. It was brief - the boys wanted to get back to playing with their cousins, not spend time on the phone chatting.

The brevity of that 1997 call haunts Prince William and Prince Harry to this day - for their mother, Princess Diana, would die in a car crash that night.

"Harry and I were in a desperate rush to say goodbye, you know 'see you later'... If I'd known now obviously what was going to happen I wouldn't have been so blase about it and everything else," William says in a new documentary. "But that phone call sticks in my mind, quite heavily."

Harry tells the filmmakers the final chat is something he will regret until the end of his days.

"Looking back on it now, it's incredibly hard. I'll have to sort of deal with that for the rest of my life," Harry said.

"Not knowing that was the last time I was going to speak to my mum. How differently that conversation would have panned out if I'd had even the slightest inkling her life was going to be taken that night."

The ITV documentary "Diana, Our Mother: Her Life and Legacy" was set to air on July 24 on British TV.

Excerpts from the film, and new family photographs, were released on July 23.

The show is one of a series of tributes to Diana expected as the 20th anniversary of her death on Aug. 31, 1997, approaches.

It is only in the last year that William and Harry have spoken openly in public about their feelings about the sudden loss of their mother. William - second-in-line for the British throne after his father Prince Charles - was only 15 at the time. Harry was only 12.

Crowds back at  Disneyland Paris