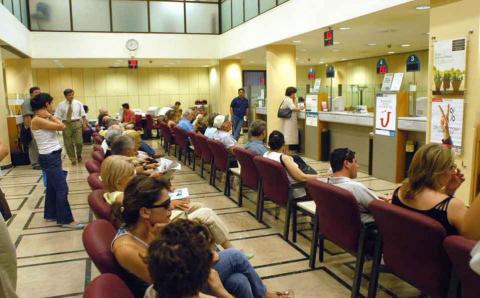 Almost one in three taxpayers who were supposed to pay their first installment of income tax by the end of July was unable to do so, according to data from the Independent Authority for Public Revenue.

Figures showed on Thursday that 671,000 taxpayers forfeited the payment of tax adding up to some 340 million euros, a development that is generating serious concern at the Finance Ministry as it is absolutely necessary that the targets of the budget be met.

The government is keen to know whether the taxpayers who missed their first payment last month plan to enter the Finance Ministry's favorable payment scheme which provides for 12 monthly installments, because if they don't make any payments, the hole in the state's finances will be close to 1 billion euros.

That households are suffering from a tax overload is obvious to senior ministry officials as the data at...