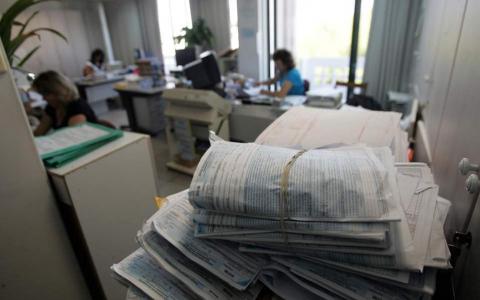 The amount of money that taxpayers owe to the state soared by 5.47 billion euros in the first half of the year, according to the latest official data made available.

Meanwhile, authorities are ordering about 900 confiscations a day in an effort to recoup the money owed by Greeks.

According to data published by the Independent Authority for Public Revenue, about 3.8 million individuals and businesses owe the Greek state a total of more than 95 billion euros. This amount is increasing every month as taxpayers cannot meet their obligations and are leaving taxes unpaid.

When one takes into account the fact that one in three taxpayers who had to pay income tax failed to make the end-July deadline for the first installment, it becomes clear that things aren't looking too promising for public revenues.