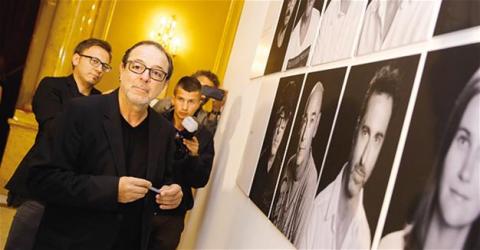 Semih Kaplanoğlu, the director of the popular trilogy "Honey," "Milk" and "Egg," gave the premiere of his latest film "Buğday" (Grain) at the 23rd Sarajevo Film Festival on Aug. 13, attending the film program alongside the film's actors, Bosnian artists, directors and writers.

The film, which tells the story of two people in an indefinite future world, reportedly drew great interest from audiences at the festival.

Speaking at a press conference at the festival, Kaplanoğlu said he did not classify it as a science-fiction film.

"It is one of the problems in today's world that we always refer to the future. We say 'it will be like this in 20 years,' or 'it will be like that in 30 years.' But when we are talking about the future we are actually forgetting the basic problems of this time. That's what I try to explain in the film," he added.

The English-language film, shot in black and white, is a Turkey-Germany-France-Sweden-Qatar joint production and was completed in five years. It stars Jean-Marc Barr, Ermin Bravo, Grigory Dobrygin and Cristina Flutur.