49 Years Since Tanks Rolled in to End Prague Spring 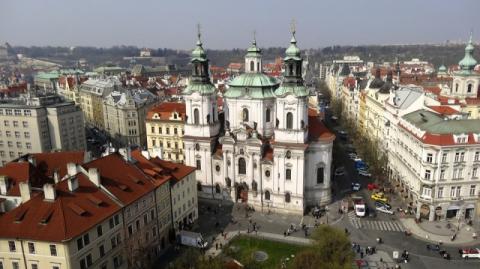 The Soviet-led invasion of Czechoslovakia took place Aug. 21, 1968, making this year the 49th anniversary of the event, The Daily Prague Monitor writes.

People over the weekend might have seen filming of a new movie about Jan Palach, with events being re-created around the city for the benefit of the cameras. The film should be released next year.

A public event to remember the invasion will take place at Wenceslas Square starting at 12:40 pm and run to 10 pm on Monday, Aug. 21.

The Primitives Group was a Czechoslovak psychedelic band active from 1965 to 1969. The group was forced to break up after the 1968 invasion. Some members have gotten back together in recent years.

Organizers of the event warn people not to let history repeat itself, and to be cautious against one-party rule.

Next year, for the 50th anniversary, some exhibitions are being planned including one at the National Gallery at Veletržní palác that will focus on art and culture from the communist era and 1968 in particular.

The Soviet led invasion took place to end the reforms of the Prague Spring (Pražské jaro) movement, which were meant to show "socialism with a human face." Troops from other Warsaw Pact countries crossed the Czechoslovak border at 11 pm on Aug. 20 and tanks entered Prague at 6 am Aug 21. Tanks fired at the National Museum, mistaking it for a government building. There was heavy fighting at the main office of Czechoslovak Radio on Vinohradská Street. A plaque there marks the event.

After the invasion, Czechoslovakia was put under a process of "normalization...