August 23: European Day of remembering victims of Stalinism and Nazism 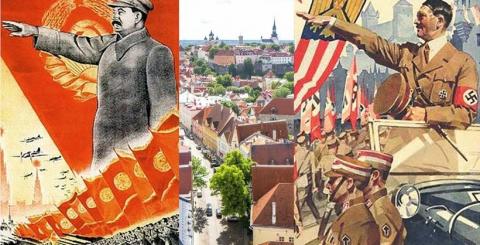 The European Day of Remembrance for Victims of Nazism and Stalinism is marked today, August 23, with this year’s commemoration and events that are taking place in the capital of Estonia, Tallinn being marred by the controversial decision by Greece to not attend the events, after Justice Minister Stavros Kontonis declined an official invite by the Estonian government, which is the acting President of the Council of the EU. The leftist Greek government, which is the only EU state abstaining from the event, argued the communist regimes did not commit crimes and refused to equate them with Nazism. The uproar caused a war of words between the ruling SYRIZA-led government and major opposition party New Democracy (ND) with the latter saying the decision by the Greek government to not attend the events in Tallinn was offensive towards the Greek and European citizens. At the initiative of a number of intellectuals, the European Parliament declared 23 August as the Remembrance Day in 2008. The events marking the d
This day coincides with the anniversary of the Molotov-Ribbentrop Pact of 1939 non-aggression agreement between the then Nazi Germany and the Soviet Union. A document that was presented to the world as a non-aggression Pact was in fact an invasion plan. Within the pact lie the secret protocol that carved the continent into two spheres of influence, split between two totalitarian systems – that of Nazi Germany and that of Soviet Union.
The secret protocols granted mutual support for the War that Germany started a week later with the invasion of Western Poland, and followed by Soviet Union’s invasion of Eastern Poland. The sphere split central Europe in two, its peoples, its cultures and erased independent states: Estonia, Latvia, Lithuania, Poland.
The purpose of the Day of Remembrance is to preserve the memory of the victims of mass deportations and exterminations, while promoting democratic values with the aim of reinforcing peace and stability in Europe. On 23 August, all those are remembered whose deaths were a consequence of the crimes perpetrated by Nazism and Stalinism.

Read The Molotov-Ribbentrop Pact of 1939