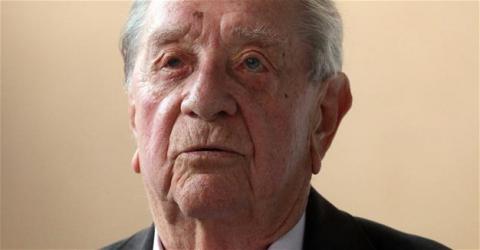 Widely regarded as one of Hungary's greatest post-World War II directors, Makk gained a reputation for fearlessly tackling themes of political and sexual repression during the country's four-decade communist period.

Six of his films were shown in competition for the Palme d'Or at the Cannes film festival, while in 1974 his work "Cat's Play" gained an Oscar nomination for best foreign language film.

Although none of these triumphed, Makk's poignant 1971 drama "Love" - portraying life in the 1950s under Stalinist dictator Matyas Rakosi - won the Jury Prize at Cannes.

Shown again at the festival in 2016 as part of a Cannes Classics programme, the film has been called "one of the most moving commentaries on life under political tyranny that I have ever seen" by the Guardian newspaper's film critic Derek Malcolm, who ranked it among the top 100 films of the 20th century.

Since the 1950s Makk taught at the prestigious Academy of Drama and Film in Budapest, and directed his last film aged 85.

He had been serving as president of the Academy of Literature and Arts when he died.