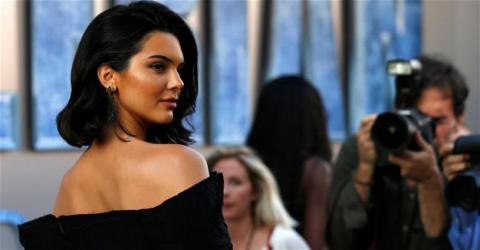 Ten years ago, model Kendall Jenner was 11 years old. Next week, she will be named Fashion Icon of the Decade.

Jenner, the half-sister of Kim Kardashian, will receive the honor on September 8 at New York Fashion Week. It is handed out by the fashion website Daily Front Row.

Jenner is one of the models of the moment, along with sisters Bella and Gigi Hadid. And she has 83 million followers on Instagram.

Social media lit up with commentary on the news. Not everyone thinks the 21-year-old deserves the award.
"Oh please! What about @NaomiCampbell or @CindyCrawford you know real models who got to the top due to hard work not who mummy is. Pathetic," Twitter user Ginger Winger wrote.

Jenner has strutted her stuff on the world's catwalks for the top labels in the business but she is also known for the TV reality show "Keeping Up with the Kardashians."

Jenner is the daughter of Kris Jenner, the widow of lawyer Robert Kardashian, and Caitlyn Jenner, formerly known as Bruce Jenner.

The program has followed the lives of the Kardashians and Jenners for 12 seasons. Kim, Khloe and Kourtney Kardashian are Jenner's half-sisters.

With their reality show, cosmetics lines, video games, clothing -- and general mastery of marketing and social media -- the Kardashians are said to be worth hundreds of millions of dollars.

Venice Film Festival will go ahead in September