'Hitman' shrugs off box-office doldrums to stay on top 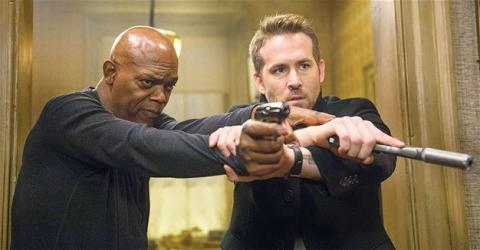 For the third consecutive weekend "The Hitman's Bodyguard" was the top film in North American box offices, but the cinematic scene remained deep in the summer doldrums, website Exhibitor Relations reported on Sept. 3.

The US Labor Day weekend was shaping up to be the worst in 17 years, industry watchers said, noting the lack of any major new releases. But Lionsgate's "Hitman" managed to take in an estimated $10.3 million for the Friday-to-Sunday period, the only movie this summer to cling to the top for three straight
weeks.

Crime thriller "Wind River" from Weinstein Co. came in third, taking in an estimated $5.9 million, up from the previous week's $4.4 million. It stars Jeremy Renner and Elizabeth Olsen as federal agents trying to solve a murder on an Indian reservation.

In fourth, also from the Weinstein brothers, was the animated family picture "Leap!" about a young orphan, voiced by Elle Fanning, who dreams of becoming a ballet dancer in 19th century Paris. It netted $4.9 million.