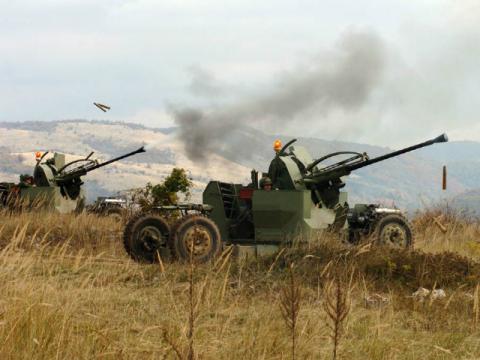 More than 50 per cent of Serbians believe in their country's proclaimed policy of military neutrality, which implies that Serbia stays out of all military alliances, including NATO, according to new research published on Tuesday by the Belgrade-based Demostat research centre.

According to the research, which was conducted in August this year, 53 per cent of Serbian citizens do not want foreign powers to set up military bases in Serbia.

While 52 per cent would like to live in one of the Western countries, 41 per cent perceive Russia as Serbia's greatest friend, the survey says.

"Russia is ahead when it comes to [Serbian people's] emotions, but reason is on the side of Western countries," said Demostat's lead researcher, Srecko Mihailovic, Beta news agency reported.

Mihailovic also said that Serbia's love for Russia is "unrequited", since similar research conducted in Russia suggested that Serbia is 12th on the list of countries perceived as friends by Russians.

The Serbian survey also looked at how the participants' political orientation relates to their preference of foreign countries.

Over 50 per cent of those surveyed who declared themselves supporters of Serbian President Aleksadar Vucic and his Progressive Party also see Russia as Serbia's best ally.

Of those voters, 28 per cent would approve of Russia having a military presence in Serbia, and none would support the Western powers having one.

Demostat's programme director Zoran Panovic said that the discrepancy between Serbia's EU-oriented foreign policy and pro-Russian rhetoric, especially in the press, represented a significant problem for the country.

Serbia's doctrine of military neutrality has recently come under pressure as neighbouring Montenegro...