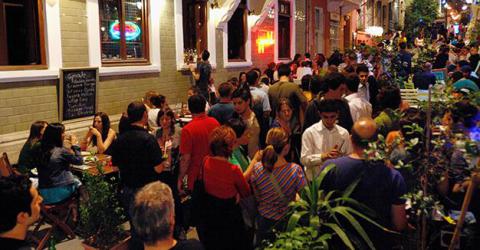 Sales of ethyl alcohol in supermarkets are reportedly skyrocketing across Turkey, as many locals opt to produce alcoholic drinks at home, including the traditional beverage rakı, amid rising taxes on alcohol.

Taxes now constitute almost two-thirds of the price of a 70 cl bottle of rakı, with taxes on rakı soaring 265 percent between 2006 and 2016, daily Dünya reported on Sept. 5. With the most recent hike in July, a 70 cl bottle rakı cost 93 Turkish Liras at supermarkets on average, 60 liras of which goes on special consumption tax and value-added tax (VAT).

Such high and continually increasing consumption taxes are making alcoholic products less affordable for local consumers and adversely affecting domestic consumption. In an effort to avoid these high taxes, more and more Turks have started to produce their own alcoholic drinks at home. As a result the sale of a new kind of ethyl alcohol, which is utilized to make such drinks at home, has recently soared, according to representatives from a producer company.

The new product, which is labeled "ethyl alcohol with agricultural roots for domestic use," includes 96 percent alcohol in volume and is sold for 47.1 liras. Rakı can be made with this product by adding fresh water and aromatizing it with anise oil. Through this 15 minute process, it is possible to produce 70 cl of rakı for just 20 liras, according to company representatives.

The product, which is made from beet syrup, can also be used to make other drinks including vodka.

Finance Minister Naci Ağbal recently said indirect taxes on tobacco, alcoholic beverages and automobiles are "too high," vowing that no further hikes will be made in indirect taxes this year.