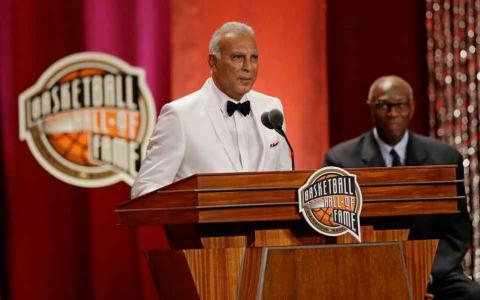 Greek basketball legend Nick Galis was inducted on Friday to the sport's Naismith Memorial Basketball Hall of Fame, at the age of 60 years.

The mecca of basketball has finally acknowledged the man who changed the fate of the sport in Greece and added his name to the long list of the game's stars.

Better late than never for the former player who led the national team to the triumph of the European Championship in 1987 and obtained numerous other honors in the course of his 15-year-long career in Greece with the national team as well as Aris Thessalonikis and Panathinaikos.

On Friday he was there, at the Springfield Symphony Hall, and delivered a speech next to another Hall of Fame member, Bob McAdoo, voicing his gratitude to the people who helped him in his career and explaining why he chose to play all of his professional career in the country of his parents,...