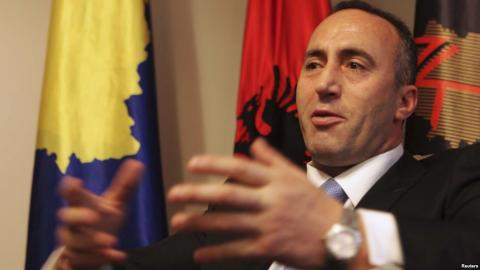 The parliament of Kosovo has approved Ramush Haradinaj as new prime minister. The 120-seat parliament endorsed Haradinaj's appointment on September 9 with 61 votes in favor and one abstention. Opposition members boycotted the vote.

Haradinaj was nominated by President Hashim Thaci on September 7 to form a new government after his coalition struck an agreement with several smaller parties to give his bloc the majority needed to rule.

Under the coalition agreement, Sprska Lista will receive three ministry posts, while non-Albanian and non-Serbian communities will also receive ministries.

The key junior partner in the coalition, the Democratic Party of Kosovo (PDK), will receive a deputy prime minister post and six ministries. The PDK...