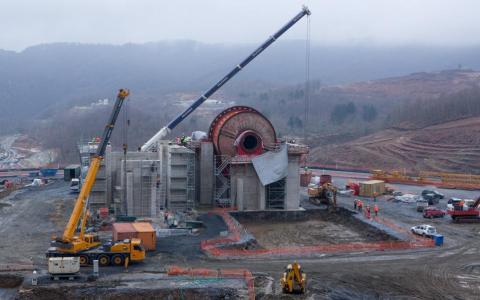 Canadian mining company Eldorado Gold, one of Greece's largest foreign investors, said Monday it planned to suspend investment at its mines in Greece following what it said are government delays in the issuing of permits and licenses.

Eldorado said in an announcement it would continue maintenance and environmental safeguards, but would make no further investment in three mines in the Halkidiki area of northern Greece and two projects in the northeastern province of Thrace.

"Delays continue in issuing routine permits and licences for the construction and development of the Skouries and Olympias projects in Halkidiki, northern Greece," the...

Travel between regions unlikely to be allowed soon, says Petsas

Around 4 million euros in fines issued since start of lockdown