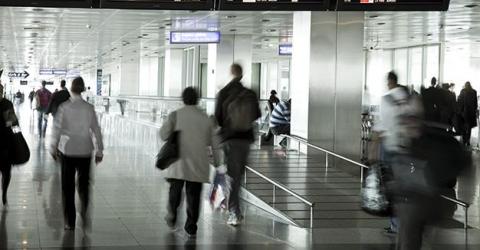 Tepe Construction and Sera Yapı, two TAV Airports shareholders, have sold more than 13.7 million shares at 19.85 Turkish Liras per share in the company, corresponding to 3.76 percent of stake in the capital of the company, to foreign corporate buyers, TAV said in a press release on Sept. 12.

The shareholders have pledged not to sell any more shares for 270 days.

After the sale, Tepe Construction will hold 5.06 percent and Sera Yapı will hold 1.29 percent of the share capital of the company, according to the release.

The float of TAV Airports will increase to 44.33, it added.

"As founding shareholders of TAV Airports, we only sold a portion of our shares. Our shareholding and board membership continues. Sera Yapı moved together in proportion with the share sale of Tepe Construction. Although, small in quantity compared to the latest share sales in Borsa Istanbul, high demand by foreign institutional investors resulted in a very fast placement which shows confidence in our country and our company," TAV Airports CEO and board member Sani Şener said.

Şener will continue as the CEO of the company until the beginning of 2020, and after 2020, he will be the chair of the board of directors for at least two years, according to the release.

The board of directors is composed of five members nominated by Groupe ADP, one candidate each nominated by Sera and Tepe and four independent members, comprising a total of 11 members.

The share sale was advised by Credit Suisse Securities (Europe), it said.

Following the news, TAV Airports' shares were down by nearly 4 percent, as analysts noted that it was normal for an up to 5 percent decrease in bloc sales.