Turkish Airlines profits in Africa, where others fear to fly 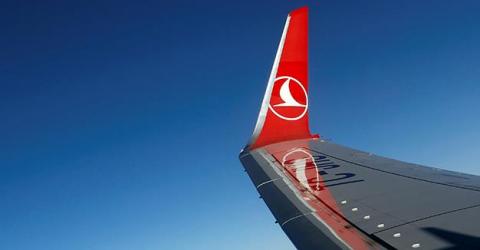 "Somalia is one of our most profitable destinations worldwide," Mustafa Özkahraman, Kenya country manager for Turkish Airlines, told Reuters in an interview.

"Because we are the only (international airline). The first and the only one."

The Istanbul-based carrier is replicating the move across Africa, expanding to destinations shunned by others. The move comes as political unrest at home last year pushed the airline into the red for the first time in 17 years.

In 2011, Turkish Airlines flew to 14 African cities. By the end of this year, it will operate 52 routes from Istanbul across Africa, after launching a route to Freetown, the capital of Sierra Leone.

From January to June, just under a tenth of total passenger and cargo revenues came from Africa, according to results for the first half of 2017 that showed a net loss of $434 million.

Rival Emirates has less than 30 routes. Last year, the Dubai-based airline cut one African flight and reduced the frequency of several others.

It cited weak economic conditions in Africa, where many countries dependent on revenues from commodities exports have seen economic growth fall below population growth.

But Turkish Airlines, which is 49 percent state-owned, is bullish on Africa, a continent of 1 billion people.

Özkahraman denied the growing ties between Ankara and many African states drove the airline's strategy.

"A lot of people would think our flights to Somalia were not business-related," he said. "(But) we do the feasibility and we have to believe the route will be...

Academic to go on Africa tour to provide scholarship