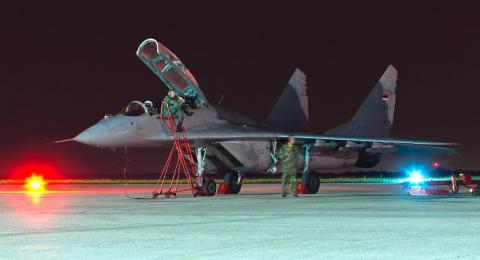 Defense Minister Aleksandar Vulin said on Tuesday that the MiG-29 warplanes from Russia will arrive to Serbia by the end of the year.

Vulin spoke at a session of the National Assembly's Committee on Defense and Interior Affairs, referencing the used planes that Russia has donated to the Serbian Air Force.

Since NATO's 1999 aggression on Serbia, the country has not had a single MiG-29 squadron, the minister stated, and pointed out that there has been a need for that since 2000.

Responding to the question posed by Marko Djurisic, a member of the Assembly from the opposition SDS, about when the fighters will arrive in Serbia, and whether the acquisition was "the result of some analysis and plan"- Vulin stressed that the MiGs have been sorely needed and asked why they had not been acquired before, "during all these decades."

"By the end of the year the MiGs will...