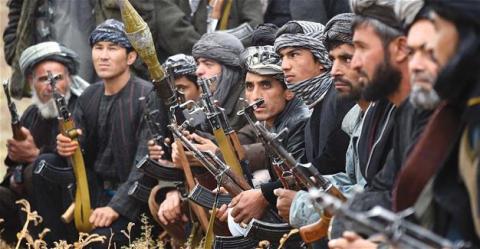 Afghanistan is considering training and arming 20,000 civilians to defend territories where Islamic militants have been driven out, officials say, sparking fears the local forces could become another thuggish militia.
The proposal for a government-backed armed group that would protect its own communities from the Taliban and the Islamic State of Iraq and the Levant (ISIL) group comes as Afghanistan's security forces, demoralized by killings and desertions, struggle to beat back a rampant insurgency.

But the proposal has raised concerns that the local forces could become unruly and turn into another abusive militia terrorising the people it is supposed to defend.

The New York-based group said Western diplomats in Kabul familiar with the plan -- modelled on the Indian Territorial Army that supports the country's regular forces -- said Afghan officials had expressed concerns the militia could be used by "powerful strongmen" or become "dependent on local patronage networks."

American and Afghan officials told AFP the fighters would come under the command of the Afghan army and be better trained than the Afghan Local Police -- a village-level force set up by the United States in 2010 and accused of human rights violations.

"Right now we rely on commandos and air strikes to retake the lost territories but after the commandos leave we don't have enough forces to hold onto the territories," said a senior defence ministry official who asked not to be named.

"The force will operate under an army corps and will be used to fill...