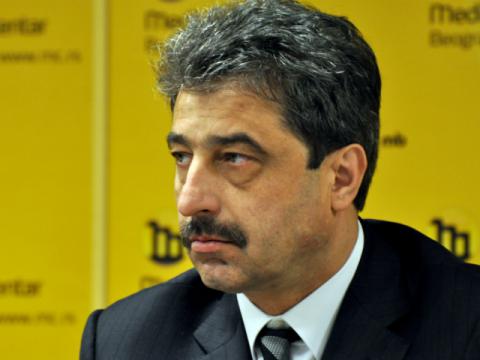 A Serbian court on Wednesday declared the bankruptcy of the Serbian Glass Factory company, linked to the exiled Bulgarian tycoon Tsvetan Vassilev, who is wanted in Bulgaria for the collapse of his Corporate Commercial Bank, CCB, in 2014.

The Commercial Court in Kragujevac, Serbia, told Beta news agency that the main reason for the bankruptcy was that the company failed to repay its debts of 47 million euros to another company within 45 days.

"Whether the glass factory survives will depend on whether the creditors accept a reorganisation, otherwise the factory will be sold as a bankrupt company," the court said.

Vassilev bought 63 per cent of the company in 2012 for 35 million euros through a consortium of companies - Corporate Commercial Bank, Glass Industry and Rubin. The new buyer also got a write-off of the company's debt to other state companies.

Vassilev's Corporate Commercial Bank, CCB, collapsed in 2014, in by far the biggest bank collapse in the history of Bulgaria.

Vassilev told BIRN that he has lost control of the Serbian Glass Factory in 2014.

Since then, the controversial businessmen has lived in Serbia, while the Bulgarian authorities seek his extradition for running a ponzi scheme and for illegally acquiring 206 million leva [103 million euros] in assets from the failed bank.

Last month, the exiled ex-banker sought US sanctions against Bulgaria under the Global Magnitsky Act - while his family has complained of increased pressure from the authorities.

In February 2016, the Bulgarian Commission for Illegal Assets Forfeiture submitted a claim to a Sofia Court to seize illegally acquired assets worth over 2.2 billion leva, or 1.1 billion euros. The subject of the record forfeiture claim was property assets...