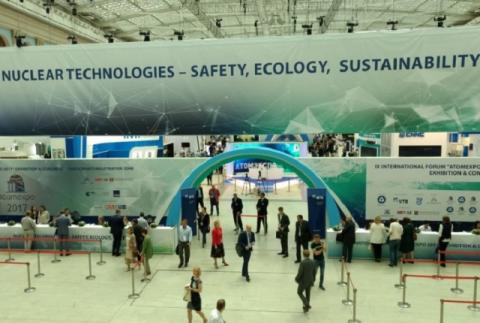 Russian companies have expressed an interest in modernizing energy sites in Bulgaria. This was announced by Minister of Energy Temenujka Petkova, who participated in Moscow at the fourth meeting of the Working Group "Energy", part of the Intergovernmental Bulgarian-Russian Commission for Economic and Scientific and Technological Cooperation. Russia's Energy Minister Alexander Novak also participated in the opening session.

For example, the PAO "Power Machines" is interested in the possible extension of the co-operation in reconstruction of TPP "Maritza East" 2, TPP Bobov dol, TPP Sofia, as well as other energy objects. The company is ready to continue to actively participate in the modernization of the equipment for Kozloduy NPP.

Rakurs Engineering has confirmed its readiness to participate in the restoration of hydro power capacity in Bulgaria and to assist in the implementation of digital technologies in Bulgarian thermal power plants.

The National Union for Energy Saving of the Russian Federation is interested in the realization of joint projects in the field of the complex modernization of the Bulgarian coal-fired power plants according to the new European environmental requirements. Bulgarian power plants are currently evaluating the investments they need to introduce new cleaning technologies for sulfur dioxide, nitrogen oxides and mercury, to reduce pollution levels if they want plants to work after 2021, Mediapool said. The rough estimates reach about EUR 1 billion.

In the field of nuclear energy, Bulgaria and Russia have evaluated as successful the multi-year cooperation in the provision of nuclear fuel and related services to Kozloduy NPP. For example, with the active assistance of the Russian side, the activities to extend the...