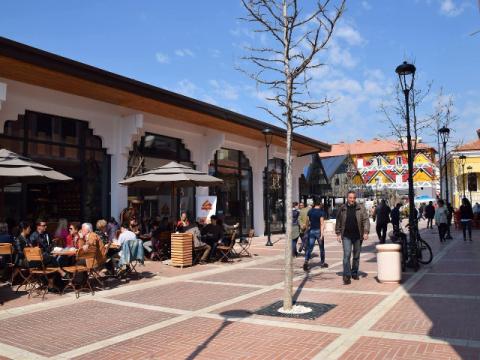 Albania is expected to adopt a new law on minorities in mid-October that gives them more rights in line with the best international standards.

The draft law was presented as a joint document of four ministries after a working group worked on it for almost three years.

The first presentation of the new law was given on Tuesday to the parliamentary committee by the Foreign Minister, Ditmir Bushati.

"The lack of this law was a concern, as it was scheduled to be adopted in 2006 and 2007 but never become a reality," the minister said.

The document also follows a request from the European Commission, at a time when one of the five criteria that Albania needs to fulfil in order to start EU accession talks is "respect for human rights and protection of minorities".

Under the draft, Albania will officially recognise eight national minorities, instead of six, adding Bosnian and Egyptian minorities for the first time.

However, the draft does not mention a Bulgarian minority, although Bulgarian MEPS pushed for this in a February 2017 European Parliament resolution on Albania.

A diplomatic source told BIRN that the Bulgarian ambassador was meeting the head of the parliamentary committee to convince it to reopen the consultation process and listen to the arguments about why Bulgarians should be registered as a minority in Albania.

A petition from the Bulgarian community over the issue is on the way to being delivered to parliament in Tirana.

For the first time, the draft law lays down the rights of minorities to use their language officially in interactions with the local authorities, if they make up 20 per...