Gulyevich: We won't be persuading anyone RSHC is not military base 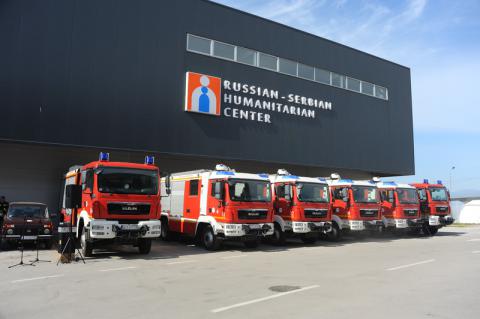 The new Russian director of the Russian-Serbian Humanitarian Center says he has no intention of persuading anyone that the facility is not a military base.

The arrival of Viktor Gulyevich, "a Baikal commander," to Nis, a town in southern Serbia, has stirred spirits when it comes to the Center (RSHC), Sputnik said.

Gulyevich is described as a world-class rescuer and an expert on avalanches, who earned his PhD from the University of Irkutsk and worked for over 20 years in the Russian Ministry of Emergency Situations.

During the interview for Sputnik, he spoke about the Center's plans, Russia's future assistance to Nis, international cooperation in the region, and the risky job of being a rescuer in the Baikal mountains.

Gulyevich says the RSHC is very well-equipped, and that it was good it is owned by the Ministry of Internal Affairs. "My main task is to make...