Average age for beautiful people is 38 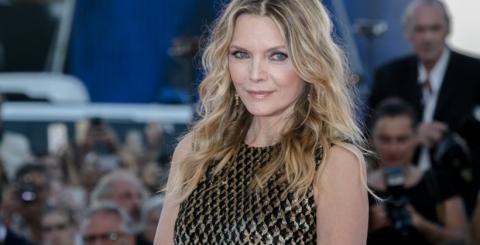 Fears that modern society is obsessed with youth may be unfounded after research showed that the average age of people judged the most beautiful is now closer to 40.
Scientists from Boston University School of Medicine compared celebrities who were listed in People magazine’s World’s Most Beautiful list in 1990 and compared it them to 2017.
Nearly three decades ago the average age of those judged the most beautiful was 33.2, but this year it is 38.9.
Celebrities including the actresses Sharon Stone and Michelle Pfieffer, both 59, have helped raise the age of beauty. Julia Roberts, the actress, who is 49, was voted overall the most beautiful woman in the world.
Pfieffer, Stone and Roberts were all also included in the 1990 list, suggesting that the three have helped change ageing stereotypes.
The research also showed that there had also been a shift towards darker skin tones. In 1990, lighter skins easily dominated the Most Beautiful list, making up 88 per cent of the celebrities.
By 2017, lighter-skinned stars had fallen to 70.4 per cent of the total. The proportion of celebrities of “non-white” race also increased from 24 per cent in 1990 to 40 per cent today.

Mixed race individuals were represented by just one person in 1990 and by 14 people in 2017.
Writing in the journal Jama Dermatology, the team, led by Dr Neelam Vashi, from Boston University School of Medicine, concluded: “At present, a wider variety of skin colours and inclusion of older age groups are represented among those deemed to be the most beautiful.
“The mass media platform has for years introduced certain criteria for what constitutes beauty.
“Through an examination of the WMB (World’s Most Beautiful) issue of People, we found that these beauty standards are evolving as people learn how to integrate the effects of media with exposure to new cultures and different norms.”
The researchers studied 50 celebrities from the 1990 list and 135 from this year’s list to extract information on age, sex, race, skin type, hair and eye colour, and visible skin conditions.